In the last seven years, Vincen has been regularly visiting Espinho, a small fishing village in the north of Portugal, which was rapidly transformed by industrialisation and now faces a state of decay. The publication Espinho is a result of a close collaboration between the photographer and the local community, who live in the most isolated part of the village, Bairro Piscatório. In September 2021 Vincen has given the book to the community preceded by a book presentation at Encontros da Imagem in Braga. I have talked with Vincen about the process behind the project.

Your photographic practice reveals your fascination for places and communities that are often ignored, avoided or marginalised. For several years you have worked with a community of homeless people in Brussels, where you live. What motivated you to start a project away from Belgium, in Portugal, and what specifically attracted you to Bairro Piscatório, an old fisherman village on the outskirts of Espinho?

The project started in Portugal while I was travelling the country as a tourist. A small part of Espinho city called Bairro Piscatório and its strange localisation attracted me a lot. This neighbourhood is completely separated from Espinho city, locked from the side of the coastline and the mainland by the rails of the train which goes from Porto to Lisbon. Visiting this place, I took some images of the inhabitants and after six months I came back, looking for photographed people to show them the results. My relation with the inhabitants was very friendly, but back then it was not possible for me to communicate well in Portuguese. Because of the language difficulties, we started exchanging images with the locals. For me, it is very important that if the people give me something, I can give something back to them. I came back to Bairro Piscatório between seven and nine times, every time coming back with printed images and photographing the locals again. After such a long period of time, we knew each other better, and trust was built.

What in this neighbourhood attracted you in the first place?

It was the remoteness of the place but also the fact that it was completely locked from all sides by the railway line, sea, golf course and the abandoned canning sardine industry. It was interesting to find a way to connect with the inhabitants. People started recognising me on the streets, inviting me to their homes for dinner or a drink, and I was documenting it. The idea was to meet with them intensively in the short periods when I was in Portugal, spread over years. After coming back several times I felt accepted by the community. For me, photographic practice is all about intentions and what emerges from the relation between people.

Collaboration seems to be the essence of your artistic practice. How do you think it reflects in the work you’re creating?

The connection and being together is essential for me. The image must come from the relation and the story that emerges between me and the people I encounter. This method of working together can take different shapes. People can appear on the images, but also contribute in making an exhibition or take the photographs themselves, like in the project “Cracks”, about homeless people in Brussels. The first step is to be there with them and have a good bond. If there is no collaboration, there is no project.

Did you discover a story you wanted to focus on particularly in the process of collecting the material in Bairro Piscatório?

The aim was not to tell much about the stories of fishermen or the industry site, because I couldn’t speak with them, so there was a bigger chance of interpreting something wrongly. As a stranger, it’s not possible to gain all the necessary information to operate with. What I see and document in a photograph is the only truth of what happens.

Bairro Piscatório is currently in a state of decay, as the sardines canning industry vanished and local fishermen are now struggling to survive. How do you think this project can contribute to the life of these people?

There is no possibility for me to help them in any material way or find solutions to their problems, but I can create a moment of happiness, an exchange. That was felt in the community when we installed the exhibition in Portugal. They were proud of being in the image and contributing to this work. It was very difficult for me to stop this project because every time I went back to Portugal the locals wanted me to take new images, and then I preferred to bring it to them in person and see their reaction. Little by little I become a part of the community, even as an outsider. Similarly happened in a project “Les Intimes”, where I have been photographing a family of a single mother with five children for seven years. A lot of tragedy happened during that time but I stayed neutral, giving images in return and becoming an uncle to these children. The same applies to the family of the homeless on the street. My projects continue as long as I have a relation and contact with these people.

The book Espinho is available at Context publications.

In September 2021 Vincen presented the book to the community of Espinho, as documented in this video: 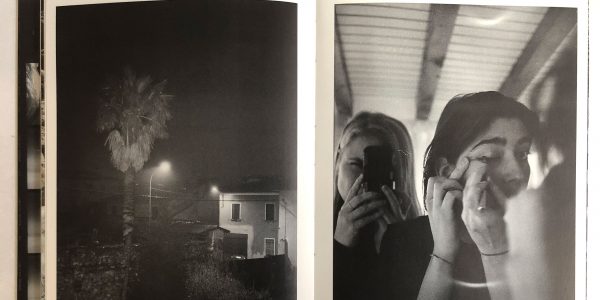 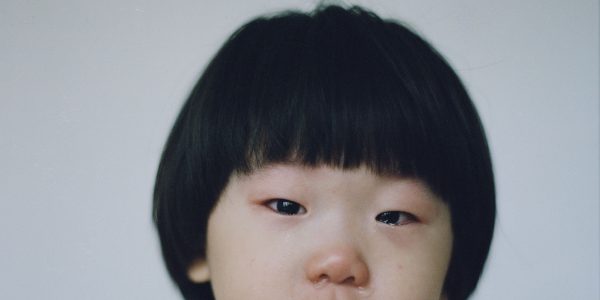